The Ebro Hydrographic Confederation (Confederación Hidrográfica del Ebro, CHE) promoted the study of the alternatives to reroute surface runoff in the Bailín Ravine (Sabiñánigo, Huesca) in order to reduce the addition of lindane into the River Gállego, causing a contamination by lindane in that river.

The study was completed by Emgrisa and now forms part of the actions defined in the Integral Decontamination Plan of the River Gállego, following an agreement of collaboration between the Ministry of Agriculture, Food and Environment (MAGRAMA) and the Government of Aragón.

The project consisted principally of a hydrological analysis of the Bailín Ravine and the diagnosis of lindane concentrations in the superficial soils throughout the ravine basin.  This has served as the basis for the technical analysis of a total of eleven alternatives to avoid the addition or infiltration by lindane and derived compounds, to the superficial runoff that finally discharges into the River Gállego. 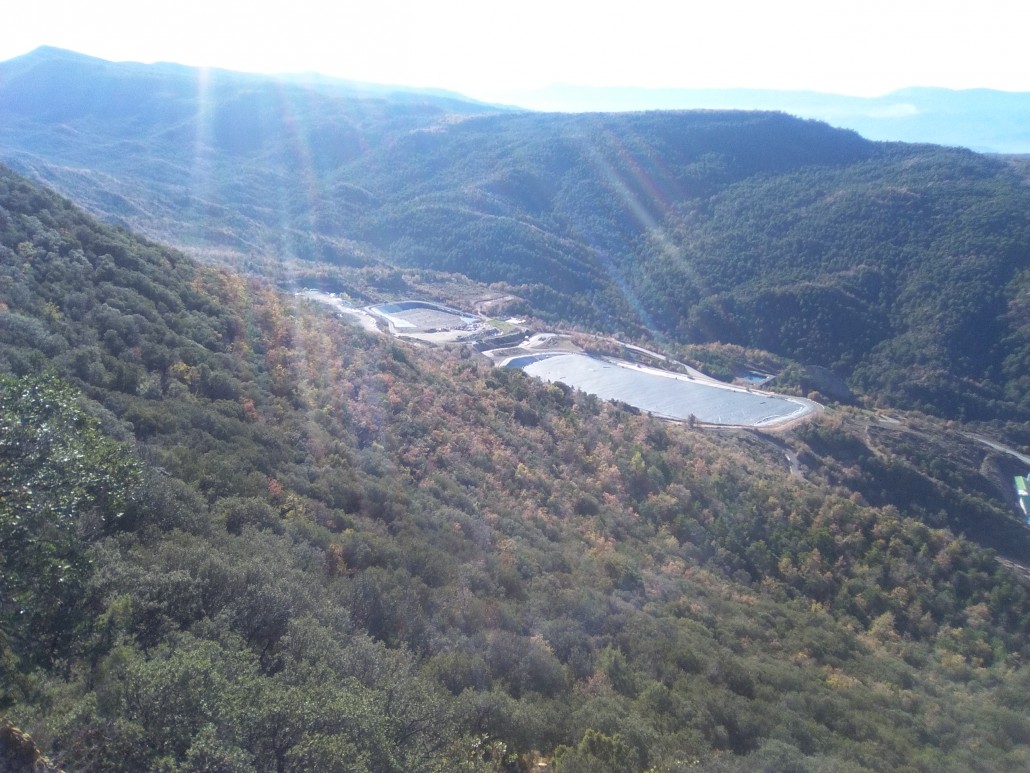 How to reduce the contamination by lindane

The technical solution selected consists of the drerouting of the surface waters of the main sub-watershed of the ravine by means of the installation of a bypass in a closed tube of a length of 1.3 km, in addition to secondary tubes that drain to the main bypass. The design accomplished two other measures: the construction of a levee in the lower ravine, to increase the storage capacity of the run off waters that must be treated by its polluting load, and the implantation of measures of improvement of the vegetation cover in order to decrease the surface runoff and the generation of sediments.

These measures not only reduces drastically the risk of contribution of contamination by lindane to the riverbed of the River Gállego, but also reduces the volumes of polluted water that must be treated in the sewage treatment plant at Bailín, especially in times of high precipitation.

More details about the final solution proposed can be found in the press release issued by the CHE (in Spanish).

If you want to know more about the contamination by lindane in Sabiñánigo and the projects involving Emgrisa related to this problematic please click here.

We use cookies to ensure that we give the best user experience on our website and collect statistical data. You must accept that you agree.I agreeRead more