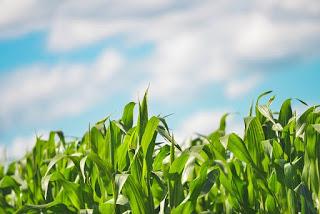 Use of inorganic waste in the fertiliser industry

This new Royal Decree contemplates the possibility of using inorganic waste directly as fertiliser or as a raw material in its manufacture, due to the current economic situation and the need for companies to reduce waste management costs (article 17).

In European countries where this type of waste is being used, there are regulations in place whereby the waste must be included in an authorized list for its use with the possibility of expansion. There is a great heterogeneity of the control parameters and the maximum limits used.

In our country, the Royal Decree 506/2013 envisages some inorganic wastes as amendments in its annex I, among which are cited waste from sugar production facilities, olive extract waste or precipitated calcium sulphate obtained in the production of phosphoric acid.

In addition, some Autonomous Regions have granted authorisations for the use of certain wastes within the framework of their integrated environmental authorisations but there is no specific regulation regulating their use and in which control criteria are contemplated to coordinate all the inorganic waste that can be reused later as fertilizers. The reuse of waste must guarantee that it does not represent an additional risk to the use of any other fertilizer product, both for human health and for the environment.

The Royal Decree defines the type of inorganic waste that can or could be used directly as a fertiliser or as a raw material in their manufacture (as nutrient or reactive). Some examples of this type of waste are calcium reaction residues, in solid form, from the desulphurization of combustion gases; The electrolyte of selectively collected batteries and accumulators from the recovery of lead-acid batteries or ABC extinguisher dust. In some cases, compositions are unknown and therefore may provide potential risks to human health and the environment.

Requirements for inorganic waste to comply

As proposed by the Netherlands, a waste should only be used as a fertiliser or as raw material for the manufacture of fertilisers if the following requirements are met:

There is currently a proposal for new and additional environmental and safety criteria from the European Commission’s Fertilizer Working Group for all categories of products that would encompass the new version of the Fertilizer Regulation.