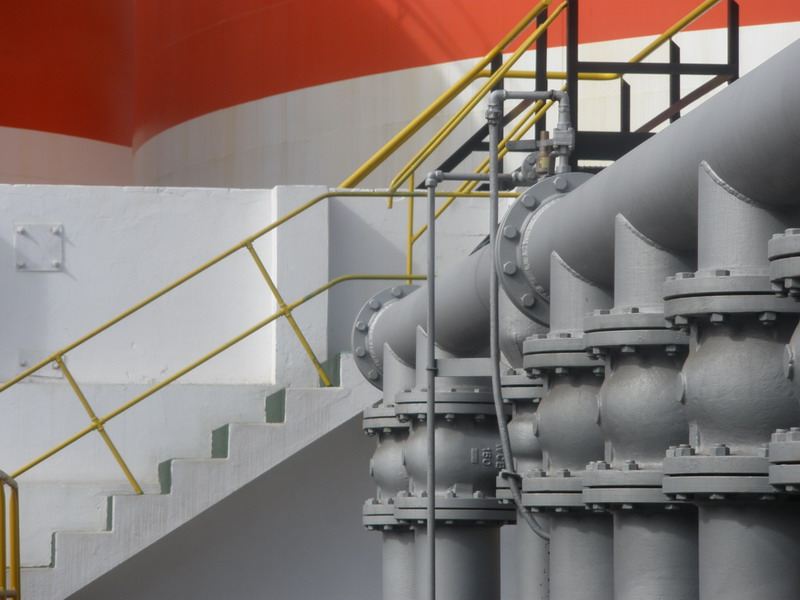 As reported in previous entries to this blog, in recent years there have been modifications in the regulatory framework for environmental responsibility.

With the amendment of the Regulation on the partial development of the Law on Environmental Responsibility (Royal Decree 183/2015 of 13th of March, in Spanish), the process of deciding the sum of the financial guarantee has been simplified, introducing a new method of quantification of environmental risks.

The following diagram outlines the main stages used in deciding the amount for the financial guarantee:

Each of these stages are briefly described below.

Definition of the accident scenarios (AS)

Before defining the accident scenarios (AS) it is necessary to develop the conceptual model of the site in question, identifying the potentially contaminating substances and possible hot spots as well as the routes of exposure and potential receptors.

In response to the existing contamination hotspots, all initiator events (IE) identified are listed. An IE is a physical fact that has been identified from a causal analysis and can generate an incident or an accident depending on its evolution in time- space (UNE 150.008:2008).

The AS postulates the type of risk source (focus and pollutant), the IE associated with the source, the route of mobilisation and the potentially affected receptors. An example of an AS would be as follows: Continuous leakage not detected in a 1 mm diameter fissure of an 8″diameter drain, that collects the purges of tanks T-6, T-7 and T-8 towards the hydrocarbon separator nº 2, infiltrates and mobilises through the subsoil potentially affecting the soil and the aquifer.

Calculation of the Environmental Damage Index (EDI) of the accident scenarios

The environmental damage index (EDI) is intended to estimate the damage associated with each AS, and is based on a series of estimators of the amount of resources damaged and the costs of repairing the natural resources covered by the law, offering a semi-quantitative result, but that allows the AS to be ordered according to its size and depending on the potential environmental damage that it can generate.

Emgrisa calculates the EDI through a module of its computer application EMARISK and according to the method developed by the Spanish Ministry of Agriculture and Fisheries, Food and Environment (MAPAMA) as set out in the Annex III of Royal Decree 183/2015.

Probability calculation of the occurrence of accident scenarios

The methodology used to define the AS, as specified in the Spanish Standard UNE 150.008, starts from the development of a fault tree analysis and of the specific consequences for each AS.

Subsequently, the probabilities are allocated to each of the IE or conditioning factors to obtain the probability of the SA. If there are no probabilistic data of the activity evaluated, you can obtain existing database values such as the RIVMN (Reference Manual Bevi Risk Assessments), the TNO (Guidelines for Quantitative Risk Assessment-“Purple Book”), the OGP (Risk Assessment Data. Storage Incidents Frequencies. International Association of Oil & Gas producers), etc. 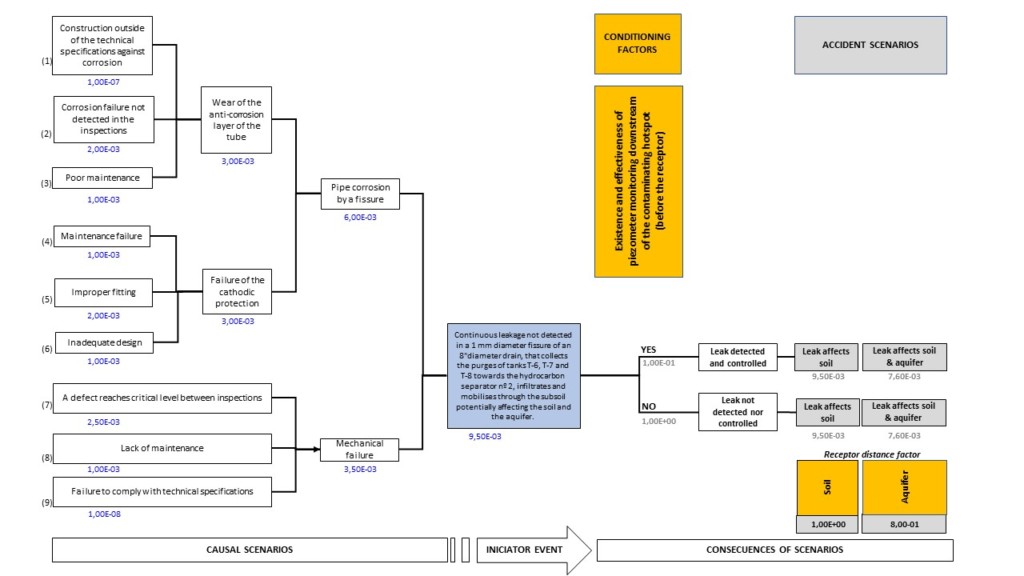 Calculating the risk for accident scenarios

The risk associated with each AS is obtained as the product between the probability of occurrence and the environmental damage index of the accident scenario.

The next step in the methodology is to select scenarios associated with less environmental EDI that group 95 percent of the total risk. The one with the highest EDI will be the selected scenario. The financial guarantee is the value of the environmental damage that this scenario produces.

Calculation of the biophysical units affected by the selected scenario

If the example scenario outlined above was the selected scenario, to quantify the environmental damage it generates, the following stages should be followed:

Cost estimate of the damage produced by the selected scenario

MAPAMA has developed a computer tool called the  Environmental Responsibility Model (Modelo de Oferta de Responsabilidad Ambiental, in Spanish, MORA), with the aim of offering all operators and industrial sectors a tool to help monetize identified risk scenarios in the environmental risk analyses of their facilities.

This tool calculates the primary repair costs of the selected scenario, i.e. the costs associated with any remedial measure that restitutes or approximates to the maximum the natural resources damaged to the state in which they were before the damage (background state).

When the constitution of financial guarantee is determined to be obligatory or not.

In accordance with the provisions of article 28 of the Spanish Law 11/2014 (link in Spanish), of the 3rd of July amending Law 26/2007 of the 23rd of October on Environmental Liability in respect of the exemption from the obligation to create a compulsory financial guarantee, the following are exempt from constituting it:

Therefore, comparing these criteria and the results obtained from the MORA application will determine if there is an obligation or not to constitute a financial guarantee.