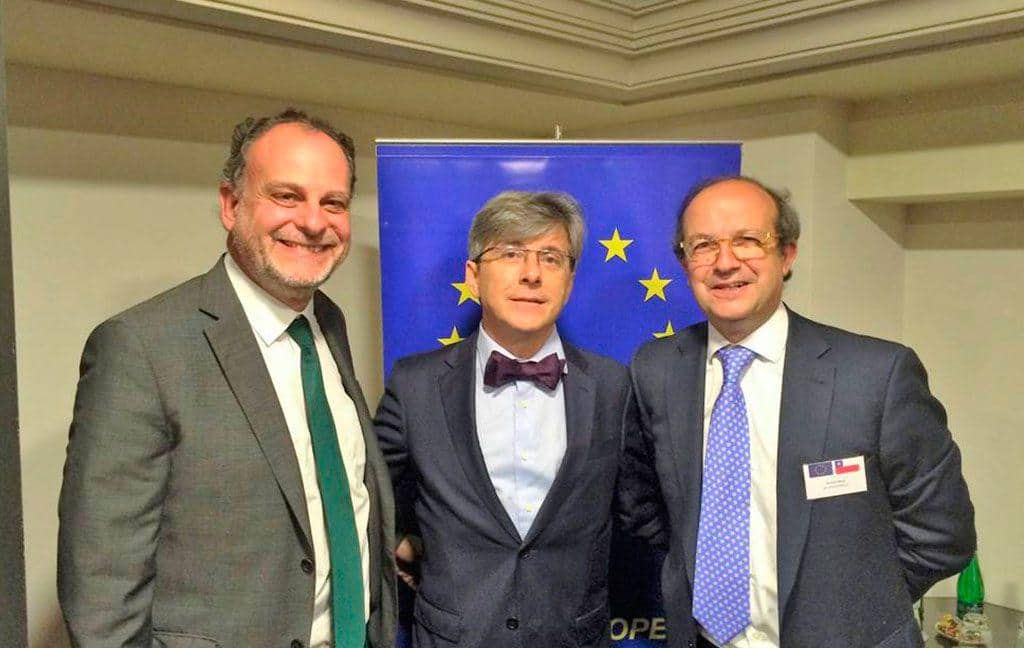 Emgrisa invited to participate in the circular economy mission to Chile

Written by Emgrisa web on 2016-07-28. Posted in Environment, News, Suramerica

Emgrisa presents its services and experience about circular economy to Chilean businessmen.

Chaired by Mr. Daniel Calleja, Director-General of the Directorate-General for Environment of the European Union, high-level meetings were held with the Minister of Environment, Mr. Pablo Badenier who presented the new recycling law of Chile along with the Secretary of Foreign Affairs Edgardo Riveros, and with the general managers of Prochile and CORFO, entities dedicated to the development of commercial and production activities.

Of special interest was the interchange between businessmen of the EU and of Chile sponsored by Eurochile, the organism that promotes business activities between the two institutions. This allowed for Emgrisa to make a presentation of its activities and services in Chile, Peru and Bolivia.

A meeting of municipalities was organized for the circular economy and against climate change. This was chaired by the mayor of Santiago de Chile, Dª Carolina Montserrat who knows first-hand the environmental needs of the Chilean municipal councils. In addition, a meeting of the main financial institutions of the region was held to attain knowledge of the environmental programs they manage. Emgrisa has adhered to the Latin American Development Bank as a specialized service provider, CAF.

Emgrisa with this mission has broadened the perception and knowledge of organizations such as the EU, Latin American institutions and Chilean administrations and has improved its perspectives as a public company for its collaboration with public entities and private companies in Chile.

We use cookies to ensure that we give the best user experience on our website and collect statistical data. You must accept that you agree.I agreeRead more